Despite reaching temperatures of over 50ºC, the Danakil desert is as captivating as it is extreme. At the natural hydrothermal springs of Dallol volcano, the rock and sand gives way to red, green and yellow rock formations, transporting you to an otherworldly landscape. And while it might seem hostile to life, the area is home to the Afar people, a semi-nomadic tribe whose livelihood is based on goat farming and  the salt they collect from the springs, transporting it periodically across the desert in large caravans to sell.

A land of extremes

Any visit to the region would be incomplete without ascending the crater of Erta Ale volcano. The volcano, whose name translates to ‘the gateway to hell’ in the local native tongue, offers spectacular views of the area, as well as into the active caldera itself, whose bubbling lava continues to shape this singular, prehistoric, landscape.

One of the most extreme and fascinating areas on Earth, travelling to the Danakil requires a strong sense of adventure, and a willingness to sacrifice some creature comforts, while promising to be a true, once in a lifetime experience. 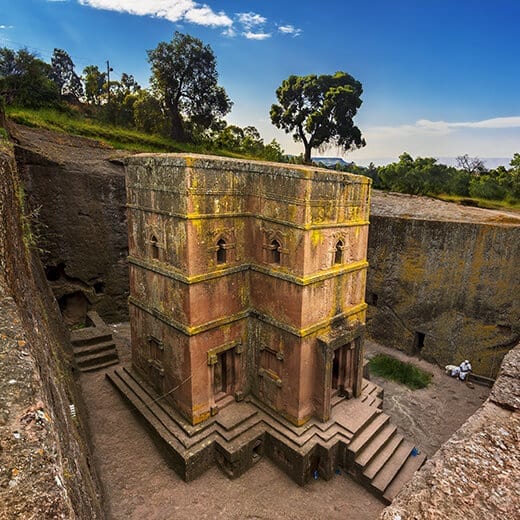