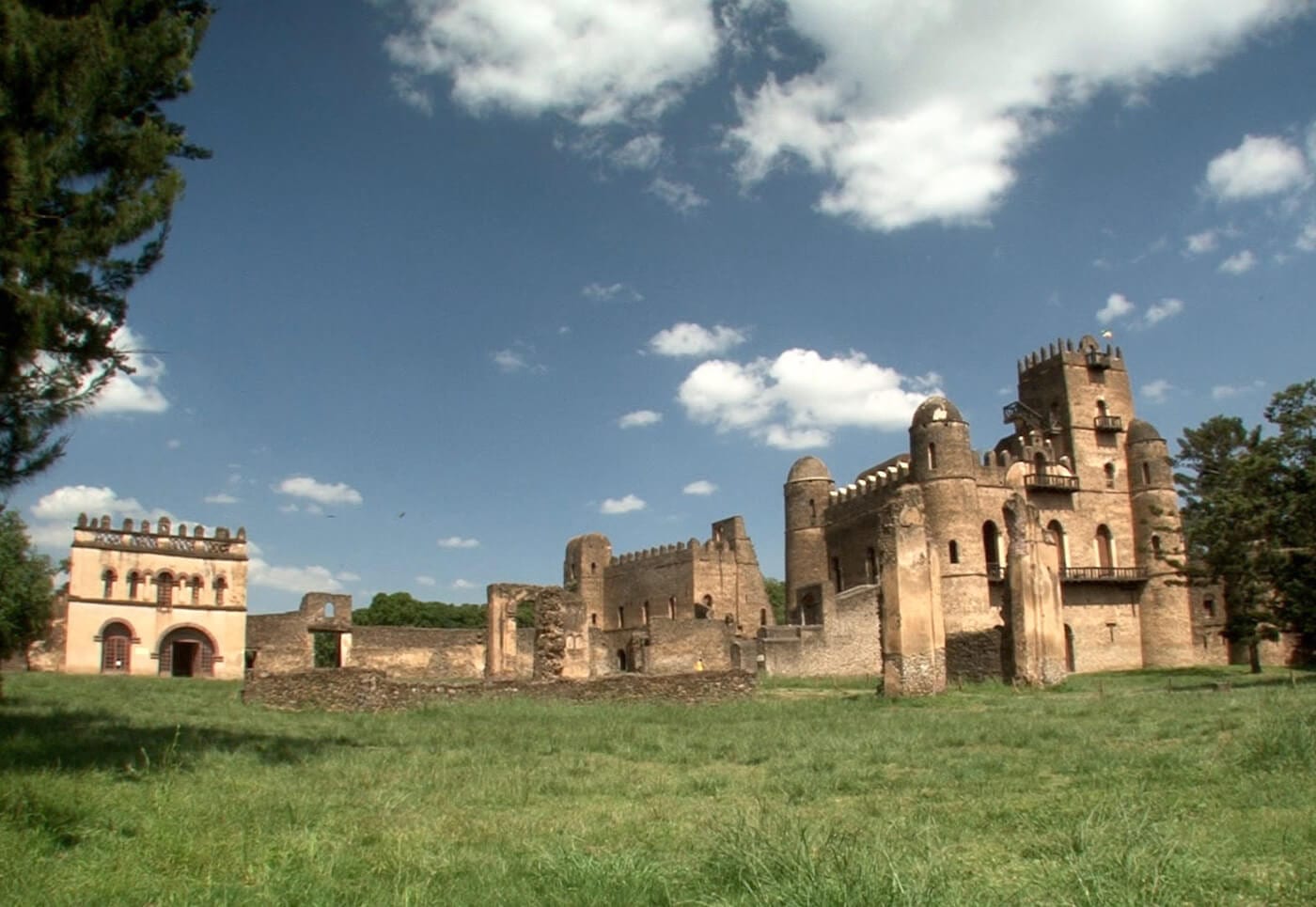 Nestled in the Horn of Africa, on the continent’s east coast is the endlessly surprising country of Ethiopia. When I first started visiting, back in the late 1990’s, the country was a true mystery, with very little information available to those crazy enough to make the journey. Who would have known the abundance of architectural and cultural treasures that we would find there – not to mention the astounding natural beauty of the country itself.

Over 20 years later, and many things have changed for the better in the country. Not least in terms of infrastructure, which, with a few exceptions is unrecognisable from when I embarked on my first Ethiopean adventure. My repeated trips to the country since then, have allowed me to witness first hand the progress in what maybe the most ecologically and culturally diverse country in all of Africa.

The mountainous north of the country, which is also more developed in terms of communications infrastructure and hotels, is home to both breathtaking landscapes and architectural gems. The main city in the region, Bahar Dar can be reached via a short flight from Ethiopia’s capital Addis Ababa. From here, you can explore the region of Amhara, especially Lake Tana, both the countries biggest lake and the birthplace of the river nile. 30km downstream, you’ll find the spectacular Blue Nile falls, amongst the most important in all of Africa. The lake and its falls are an essential stop for any traveller to the region, but especially in September and October when the falls are flush with water due to the recent rains and the opening of the flood gates of the nearby hydroelectric dam. 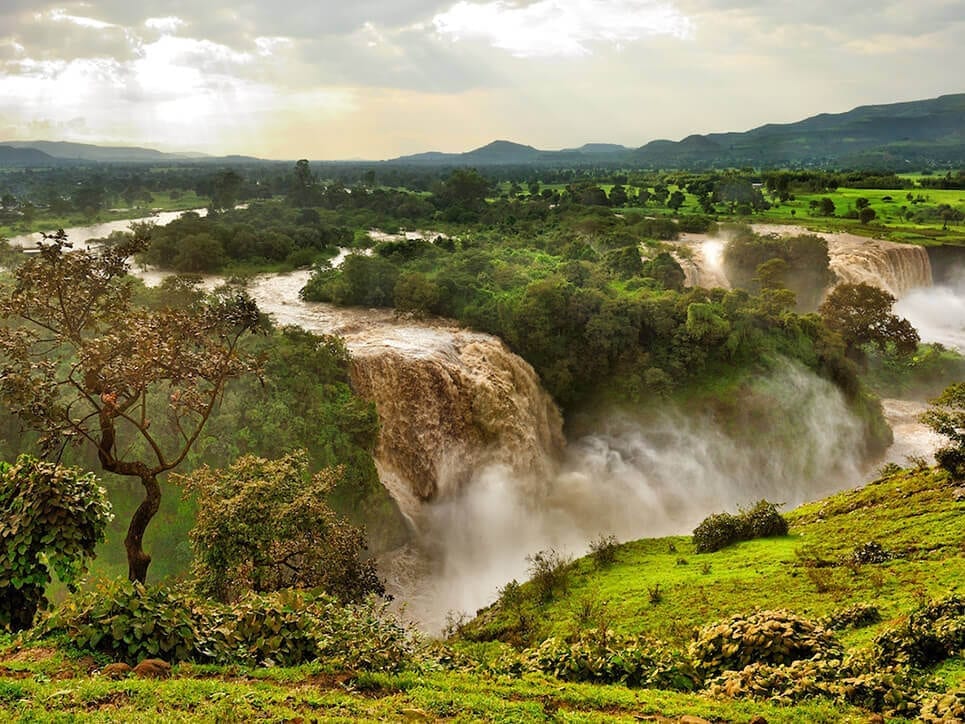 North of Lake Tana, our adventure takes us to the city of Gondar. Founded in the 17th Century by the Emperor Fasiladas, Gondar is unique thanks to its complex of medieval-style castles, unlike anywhere else on the continent. Declared a UNESCO World Heritage site, the turrets and battlements of the buildings seem lifted out of a European fairy tale, which begs the question: How did an African Emperor decide on this style of building? My personal opinion is that this was down to the influence of the Spanish priest Poncio, who was known to have met Fasiladas. It could be that his stories of how the European kings and queens lived in this type of castle took hold, and Fasiladas – not to be outdone – built his own.

Continuing north out of the city we come to the spellbinding Simiens mountain range, popularly known as where Africa touches heaven. Although not strictly speaking the highest point on the continent – that honour goes to Kilimanjaro in Tanzania, this range is unique in that it contains the highest number of peaks over 4,000 meters. 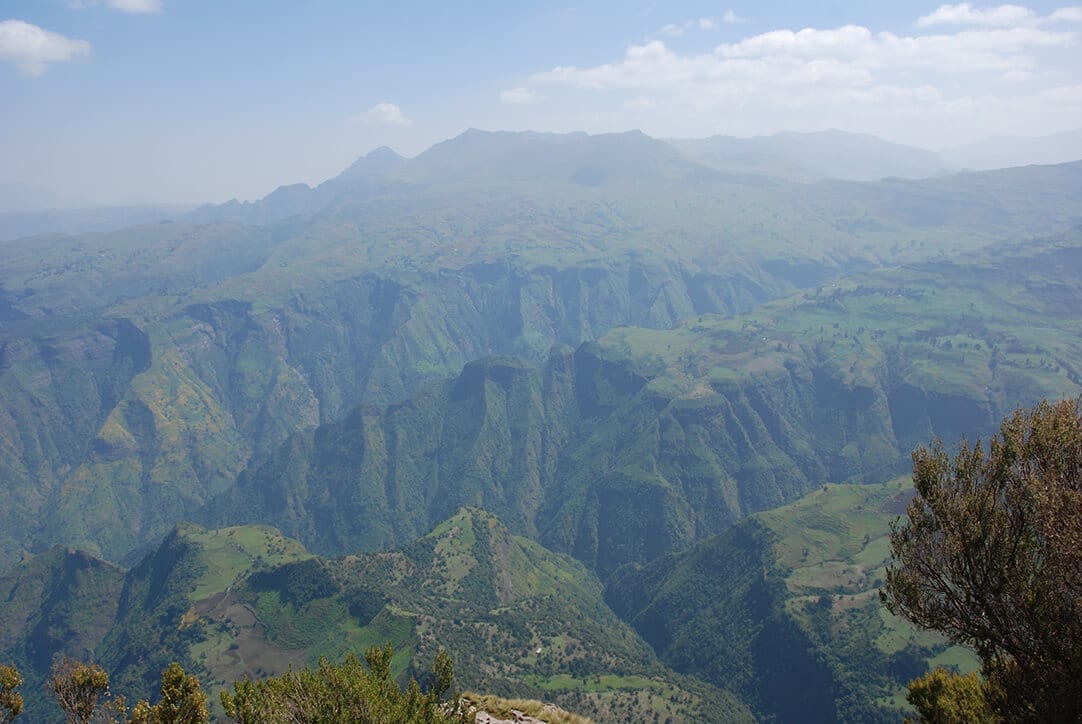 As stunning as the views are the many native species that make their home here, such as the Ethiopian Ibex, the gelada baboon or the Simian Fox. In terms of birdlife, perhaps nothing is as majestic as the bearded vulture, which feeds by dropping scavenged bones from the air so that they break apart on the rocks – giving it its name in Spanish, quebrantahuesos or bone breaker. The bearded vulture is a curious and beautiful bird that can often be seen in the air over these mountains. 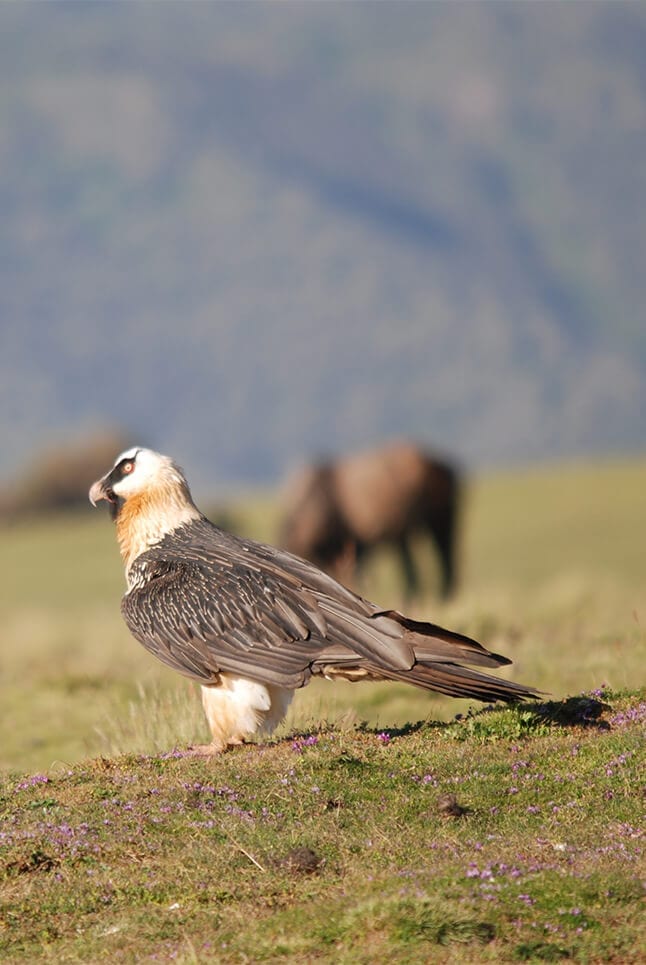 Also native to the area is the Abyssinian Ibex, a breed of mountain goat in danger of extinction, and of which there are only 500 examples left in the wild. 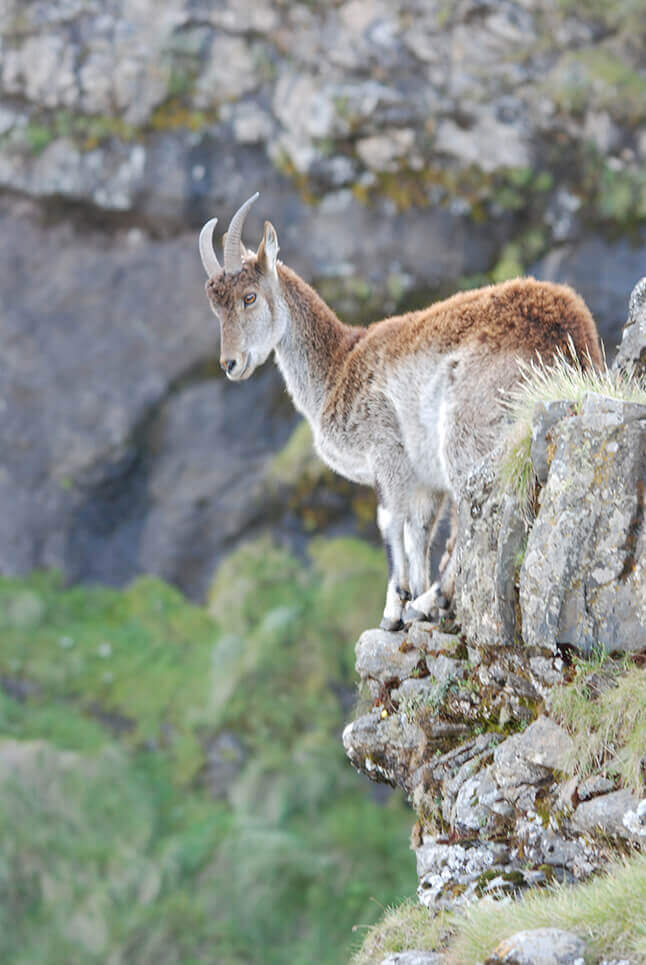 But if there’s one animal that’s emblematic of these mountains, it’s the gelada baboon; a primate, native to Ethiopia that can be spotted in groups of up to 600 individuals on the cliffs of the region at sunset. 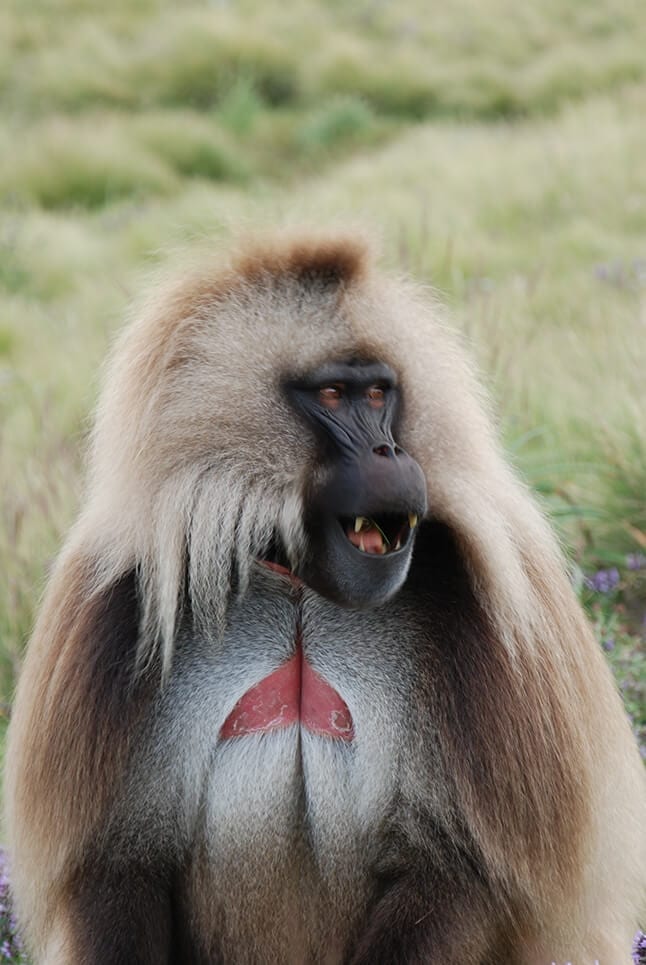 A good place to end one’s Ethiopian adventure would be Lalibela – perhaps the most unique and emblematic part of the country.  This small municipality hosts one of the world’s most important religious sites. The complex of striking churches, each hewn out of the rock dates back at least to the 7th century AD, but possibly even further, with some archeological studies placing them as far back as the 5th century. Varying in size, colour of the rock and architectural style, no two of the 11 churches that make up the complex are the same, although they can be roughly divided into 3 groups.

One characteristic shared by most of the churches is their rectangular shape, although with one exception – the cross shaped church of St George. This architectural jewel is the most distinctive and photogenic of all the churches at Lalibela, which has led to its inclusion in numerous articles both online and in travel magazines.

To sum up; Northern Ethiopia, with its breathtaking mountain ranges, lush green valleys and unique archeological sites, is sure to dispel any preconceived notions you may have, of what is without a doubt the most unique country in Africa. 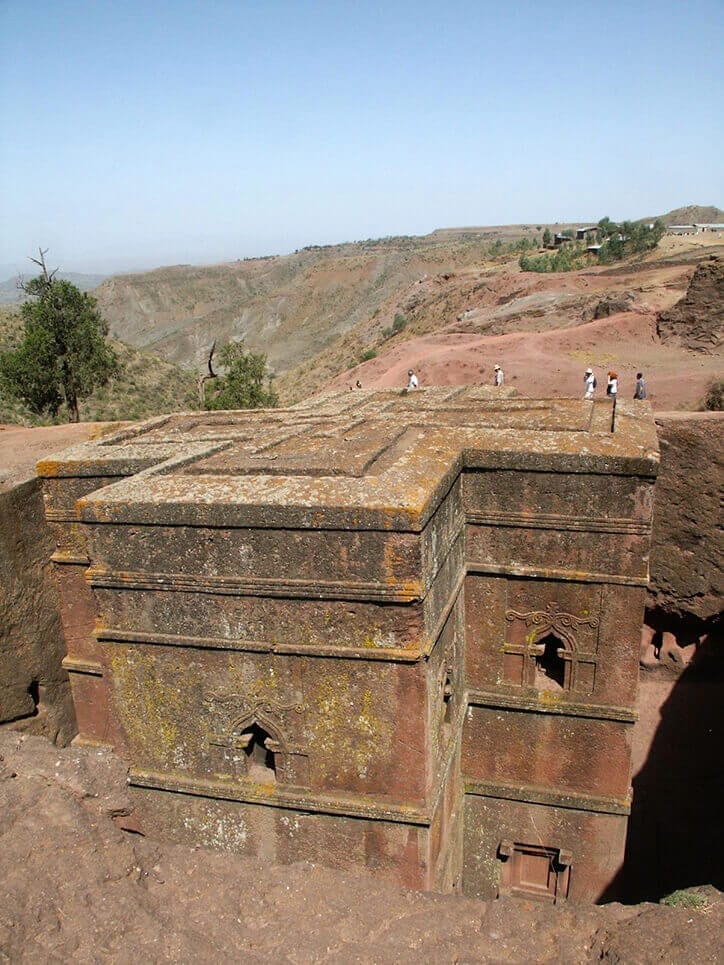 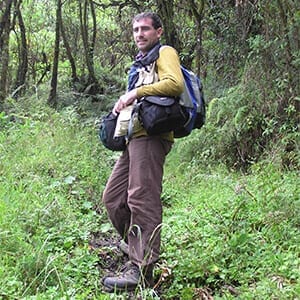